Punch is one of the oldest Habanos brands. Don Manuel Lopez from Juan Valle & Co. founded this brand in the mid-19th century with a view to the profitable British market.

At the time, a satire magazine of the same name celebrated great success there.

A satisfied Mr. Punch, the clown who represented the magazine, can still be seen on every box with a cigar in hand. His portrait is surrounded by illustrations of 19th-century cigar production that survived practically unchanged for a century and a half.

In 1925 Punch moved to the factory where Hoyo de Monterrey was made, establishing a collaboration that continues to this day.

Punch’s distinctive cigars of medium-strong taste, which are made from blends of tobacco varieties from the Vuelta Abajo, are available in a large number of different formats. All formats are ‘totalmente a mano, tripa larga’ – long fillers made entirely by hand. 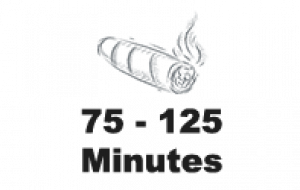 Added to wishlistRemoved from wishlist 0
Add to compare
Featured!
PUNCH

€759.00
Add to cart
Added to wishlistRemoved from wishlist 0
Add to compare
Featured!
PUNCH