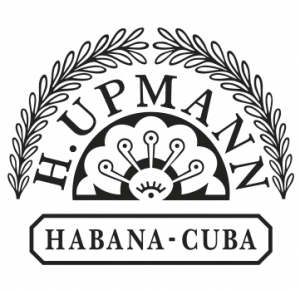 H. Upmann’s blend is composed exclusively of filler and binder tobaccos grown in the region of Vuelta Abajo. Characterized by its light to medium flavour, amongst the best known H. Upmann sizes are the Magnum 46 and the Magnum 50, which was introduced in 2008. Other important sizes include the Sir Winston, the Connoisseur No. 1 and in smaller cigars like the Corona Junior and the Half Corona, which was introduced in 2011.

The Hupmanns’ success was guaranteed by their efforts to deliver first-class quality. Packed in boxes made from the wood of Spanish cedar, with a guarantee declaration and Hermann Hupmann’s signature, the cigars made their way to Europe, where they were initially primarily intended as gifts for Hupmannsche Bank customers. But the triumphal march of Havana around the middle of the 19th century helped the brand to maintain a permanent presence. Hermann Hupmann was one of the five owners of the largest cigar factories in Cuba, which merged to form the “Havana Brand Association” in order to better protect themselves against counterfeiting. But the brand H.

All leaves of the H.Upmann cigars come from the tobacco region Vuelta Abajo.

No fewer than 14 medals, including eleven gold medals from international exhibitions during the 19th century, adorn the boxes in which Upmann cigars are packed.